When Jon and I were driving thru Kentucky a few weeks ago, we stopped off at a little antiques store and I found a cool little kodak brownie starmeter camera. Later that week Jon found two more, and much older, kodak brownies, a Duaflex and a six-20 at an estate sale down the street from our house. 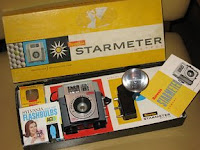 The six-20 had been sent to his father when he served in Italy during the 2nd World War, so this little guy made it all the way to Europe and back.

I just wish we had some of the photos that he took while he was there. Jon and I were eager to try the cameras out and went the the Camera Doctor (formerly Jack's Camera) on N. Decatur Road to find out about what kind of film they take and get them loaded up. My starmeter camera requires a special film that I had to order and I haven't filled up the roll yet, but here are the results from the six-20 and Duaflex. 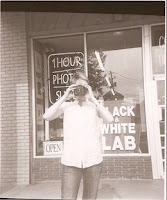 We went to the historic Decatur Cemetery based on a suggestion from the camera store guy to shoot images that are timeless. But we also took a few "modern" shots for the sake of juxtaposition.

Life of the Un-Dead

SO, well, here I am, sick again. Luckily it's not anything lethal - or at least not yet at this point. After a few weeks of disgusting off-and-on-again lung-cookie-making (aka hacking up gunk from the depths of my lungs) I finally went to the pulmonologist and was diagnosed yesterday with bronchitis with a touch of pneumonia and ordered to a week of bed-rest. It's not as fun as it sounds.

I think it came from a perfect storm of my pre-existing upper-respiratory left-over crap from SJS, pre-existing fatigue, exhaustion from starting a new job (just like anyone would have) and the onslaught of the allergy season (yep. here in GA we've already had pollen counts of 278 (This is the amount of pollen particles measured within the last 24 hours in a cubic meter of air) = really freaking high = congestion out the ears.

I was just beginning to get into the swing of things at my swingin' new job. I am super-duper happy that my bosses, Mary & Adam are being so unbelievably understanding of this. Especially considering I've only been working for 3 weeks and I've already taken 4 sick days (not including the rest of this week). I am so totally getting the employee of the year award.

But what really bums me out is that this is my birthday week. I turned 31 on Tuesday and was gonna go blow my first paycheck on new jeans that night. But by the time I got home, I felt like a ton of bricks hit me and all I managed to do was enjoy the awesome bouquet of 40 gladiolas that Jon put together for me (although I did "remind" him that I am not 40 YET thankyouverymuch.) And I had awesome plans with my friends to have dinner and go catch a show at Dad's Garage on friday and then on Saturday go down to Savannah to party it up with R's people because it's her bday on the 7th. I don't like this "No fun for you on your birthday" game. 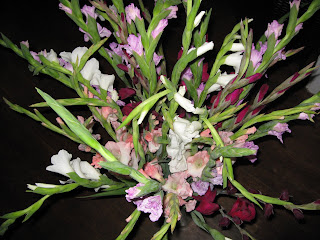