Today I had the pleasure of going over to the house of neighbor and new friend, Julia. She owns an awesome "greeting card" (she hates that term) design company, which she runs out of said house, called Red Bird Ink. We had met when the most recent oak tree fell in our neighborhood (not at my house, you silly, giant trees!) and then I discovered that the fella whose backyard is behind our backyard is her father-in-law, so I got her contact info and hunted her down.

She was extremely nice and allowed me to come over and see her workspace and ask a lot of what were probably dumb questions about how she goes about making her cards. She was so cool and welcoming, we even had tea and little cookies in the dining room! In the meantime, I coaxed her into saying that she would point clients who want their cards addressed in (with?) calligraphy to me (in addition to another woman who has been doing calligraphy for over 10 years, so my strategy will be to offer my services for CHEAP. haha!).

Anyway, it was really nice to get to know her and she's just around my age (okay, closer to Jon's age but whatev), so we might just have new friends!!

Here's my most recent (and rather good, if I do say so myself) calligraphy examples: 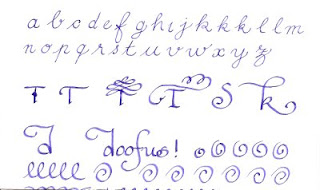 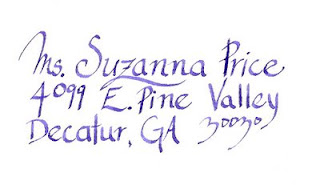 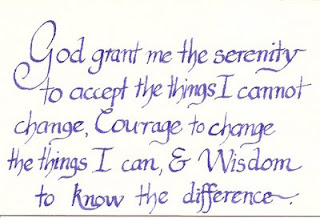 (Note: Suzanna Price does not, nor does that address exist)
Posted by Kat(i)e at 2:11 PM

Have you ever thought about learning Spencerian script? You can find old instructions manuals from like... the 1800s, online! For example...

Wow - thanks for the link! I just printed a whole bunch of stuff off there and will commence practicing immediately. Yay for new fonts!